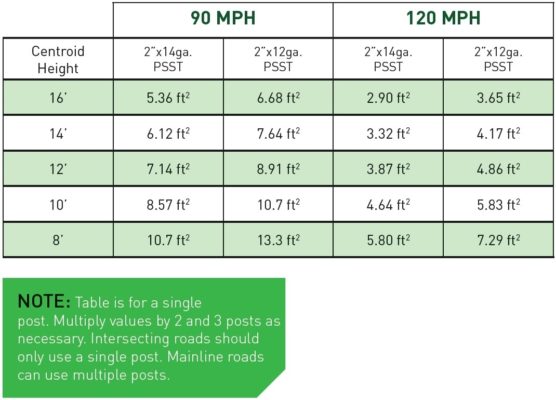 NCHRP 350 Compliant/FHWA Letter SS-131 Xcessories Squared manufactures an NCHRP 350 crash-tested Kleen Break, which is a frangible device. The multi-directional breakaway Kleen Break is 360° indexable allowing exact orientation of the sign panel after the Kleen Break anchor is secured. It is capable of holding 100% of the strength capacity of the sign post. The most important aspect of any sign support product is the speed and ease of both installation as well as re-installation. The material needed for re-installation is also very important. The Kleen Break typically only requires a shear bolt set to be replaced, which is much less costly than replacing a frangible casting. The Kleen Break can hold a 2” Square Post. Kleen Break is Made in America.